5:45am I went to Tontoutel reception for checkout, the hotel workers were sitting nearby smoking and chatting, they told me that it doesn’t open until 6am.

I checked in, and then waited for my flight.  Jonathan was leaving, to New Zealand for a couple of weeks before going back to Canada.

As usual, boarding was slightly delayed. 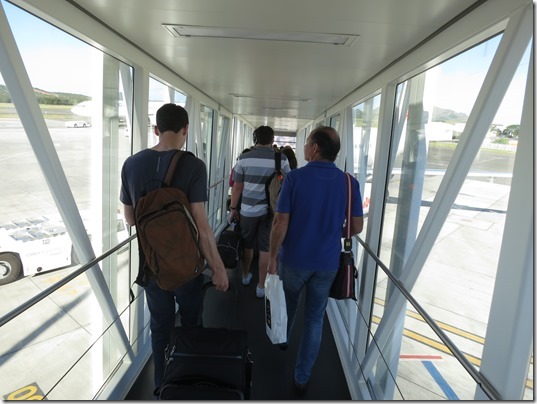 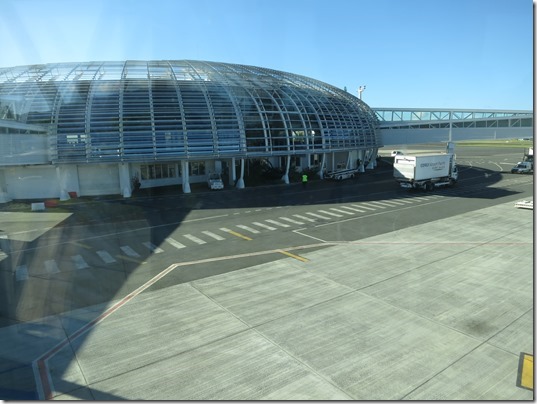 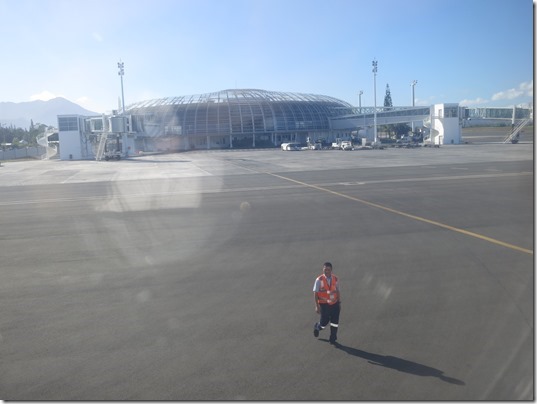 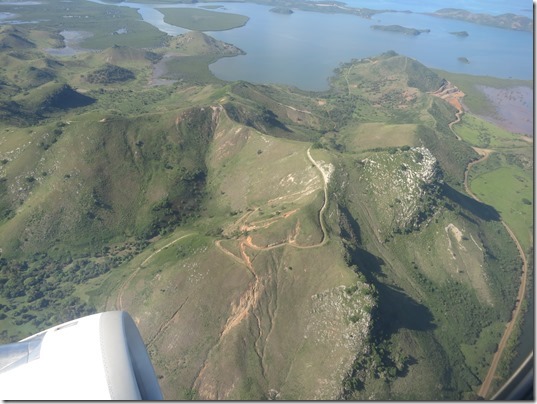 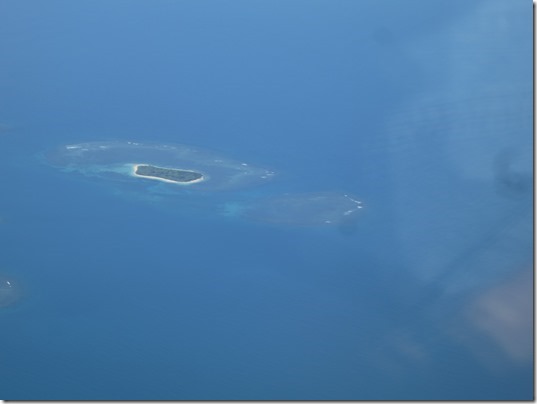 Breakfast in the plane.

Then landed in Sydney.  Went to the lounge to shower and snack.  It was the day of the bad-news-day for Qantas.

Then flew from Sydney to Perth. Had a meal in the plane.

and had mango icecream bar! Yay!

After arriving in Perth, Julie picked me up, went home for a little while then went to Heathcote for Steve and Wendi’s wedding rehearsal. 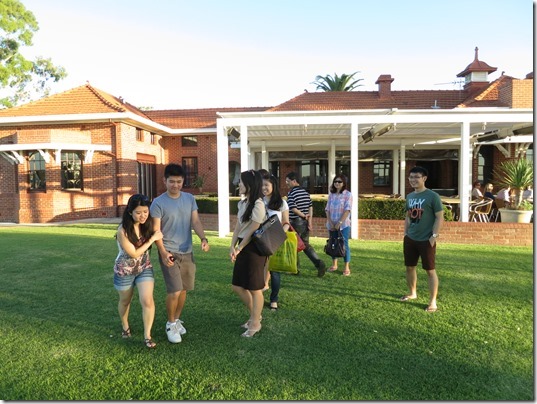 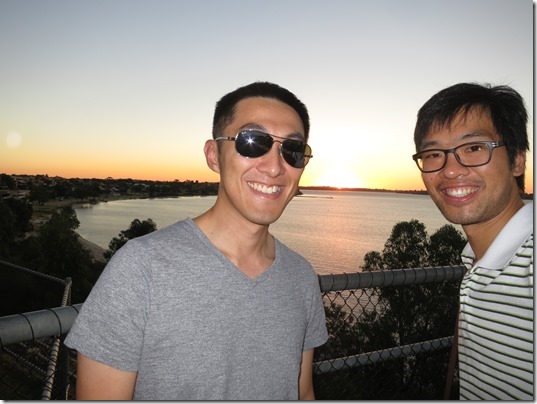 28th February  I went to the city to buy a brown belt and white shirt for the wedding.  Also managed to get some socks,pick up my replacement safety glasses, adjust my glasses, have lunch, and drop by the office for a KEG session which was cancelled.  Then at night, went to see Steve’s hair-combing ceremony.

1st March Peter picked me up in the morning and we went to Steve’s place for preparation.  When we arrived, he was still in his ceremonial red pyjamas, reading a fishing catalogue while eating toast.

He got ready really quickly. 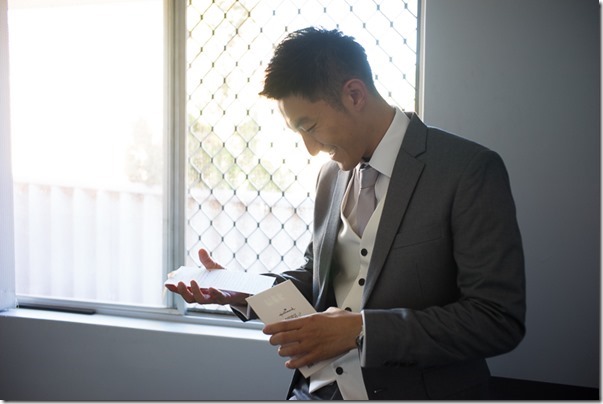 We were all ready, and had time (more than an hour) to spare! 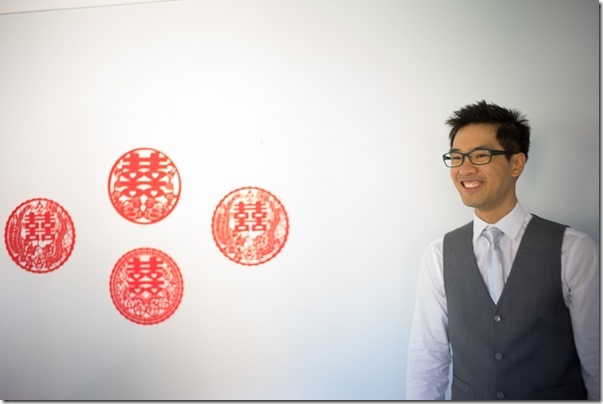 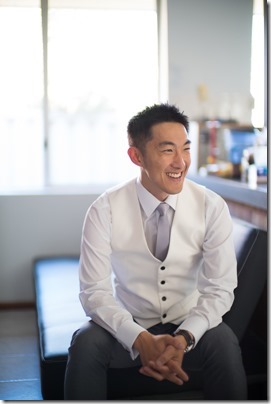 Then the van arrived!  It was fitted out really nicely! 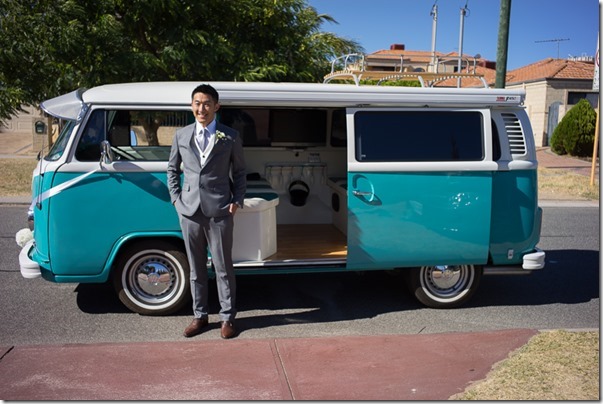 We went to Wendi’s place where the girls were getting ready, for the first look and pick them up to UWA for photos.  The photographer Rebecca was really friendly and we felt comfortable.  While she was busy taking photos of Steve and Wendi, I brought my camera out to play with ourselves. 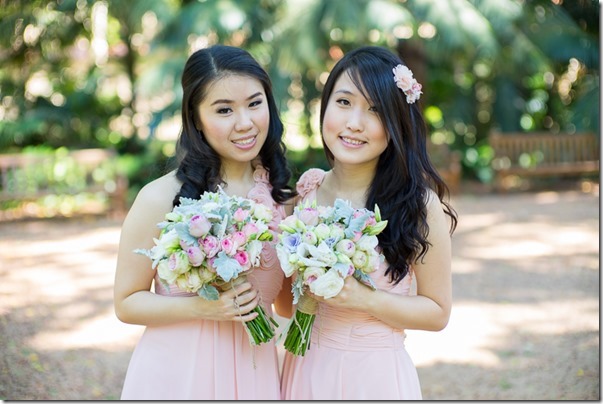 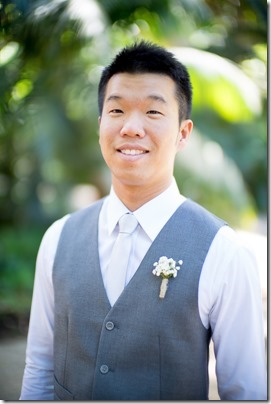 From UWA, we went to Heathcote.  The ceremony started around 12:30.  It was outdoors, and the forecast was 38 degrees.  It was really hot standing in the outdoor sun, wearing the shirt and vest.  I was glad that we didn’t need to wear jackets (except for Steve!).

At the ceremony, I was ring-bearer and was relieved once the rings were handed over (one responsibility down!).

After the ceremony, we had a good time of finger-foods, drinks, and chatting. 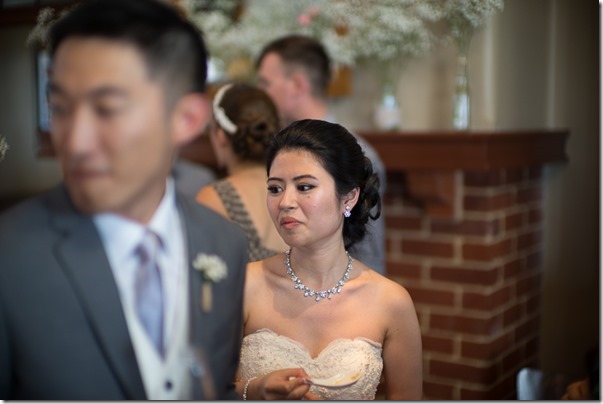 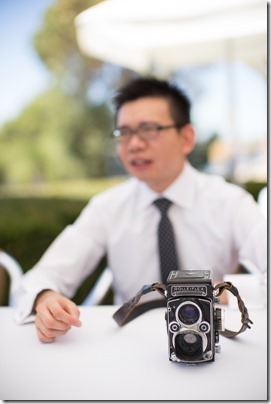 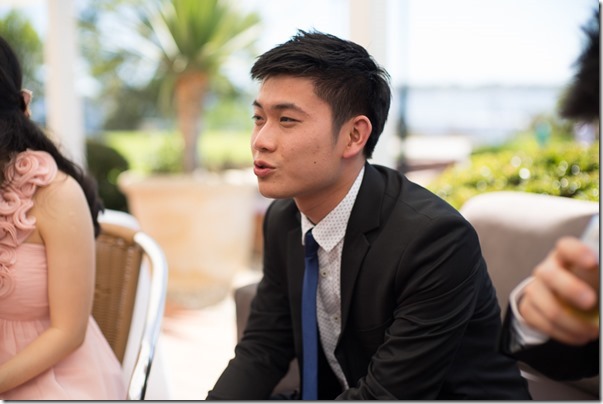 I gave the best man speech, and was relieved once it was over.  I felt that all the weeks of staying in my room writing, had finally paid off, and I could move on with life, and spend Sundays doing other things, such as updating this blog!

Later we went down to the river with Rebecca for some more photos, before leaving, having a rest, and going for dinner. 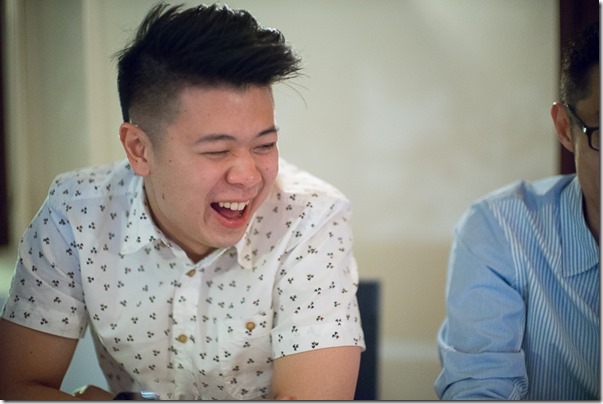 Congratulations to my dear friends Steve and Wendi!

2nd March After church, I went to Fremantle to meet with my friends!  Unfortunately, I had mixed the carparks up and parked at a carpark about 2km away from the bus stop I wanted to be at, and it was hot!  We went to Cicerello’s for lunch. 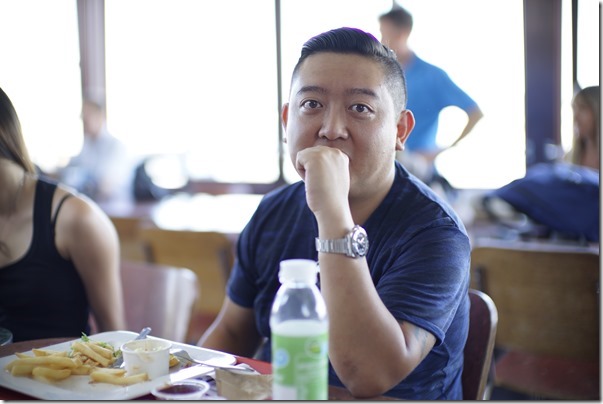 From there, we went for a walk.  I went to a gallery hoping to see the world press photos exhibition, but it was empty upstairs and only paintings downstairs.  When I asked where it was, the lady said that it was cancelled.

So we walked around the market. 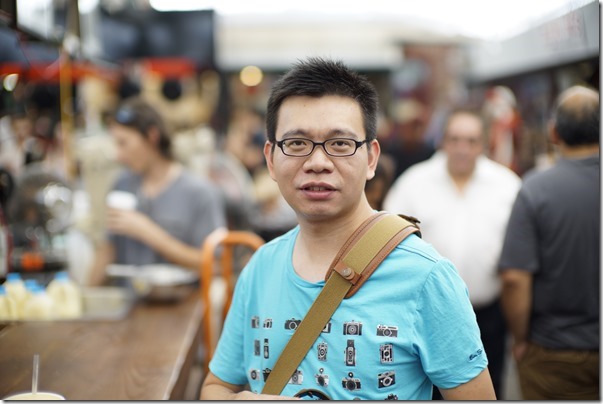 We had icecream, then went to the Left Bank Bar for Paula’s after-wedding-party where I had planned to meet with Zeev who was back in Perth for his daughter’s wedding.  We were early (3:45pm), and when we arrived, where told that it did not start until 5pm, so we sat in the shade and waited. 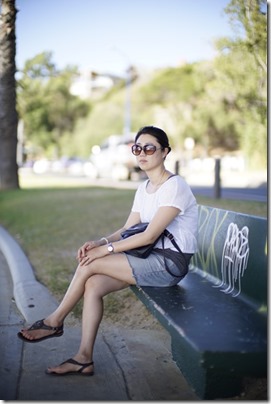 We went in, but knew no one, but there were many friendly people who introduced themselves to us and talked with us.  The decorations were very nice. 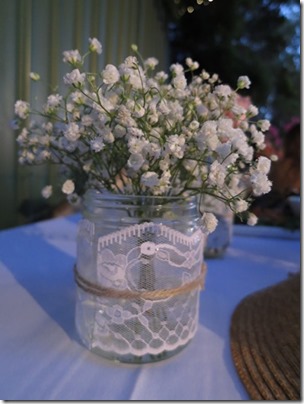 and here’s a photo with Zeev!

and a close-up of the cute badge he was wearing.

3rd March It was a public holiday, so I stayed and relaxed at home.

4th March I went to the city, dropped by the office and caught up with some people.  Then I went to meet up with Ian for lunch.

5th March I went to the city, picked up the shoes for Joshoa.

6th March I had lunch with Julie, then dropped her at work.

I had a few things to sort out, such as getting the replacement of my hard disk.  I suspect it was only the cable that was broken, but Dick Smith Electronics needed to take the whole unit back, and did not have a replacement unit for me, so they could only refund me.  Unfortunately, I bought it while it was on special and there was no replacement with as good value as the one I had.  I ended up going to JB Hifi and paying a bit more and getting a higher capacity drive.  Then I went home and transferred everything onto it.  I was really tired at night, and went to the airport.  For some strange reason, I didn’t get the seats I selected, not even my window seat preference.  I was seated in the middle of the middle section, and to top it off, next to a big big guy!  So I couldn’t sleep well, everytime he would move, he would bump me and I would wake up, and his elbow kept pressing my lights button, so the light above me would be on.

7th March I landed in Sydney, then caught the train to Circular Quay, where I walked around. 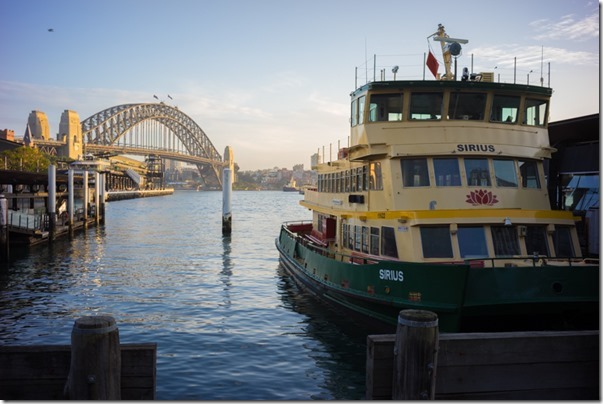 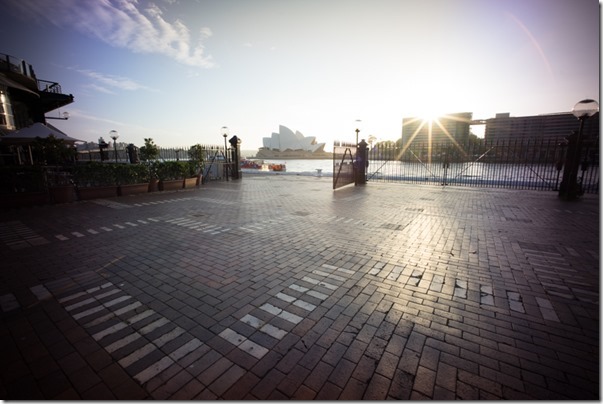 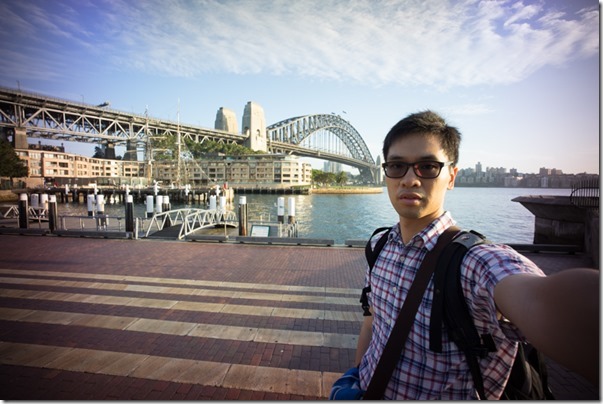 Then I walked to the city and met up with Jon Chai!!! HE HE.  We had planned to meet up, but I spotted his back from across the road while he was at the ATM. 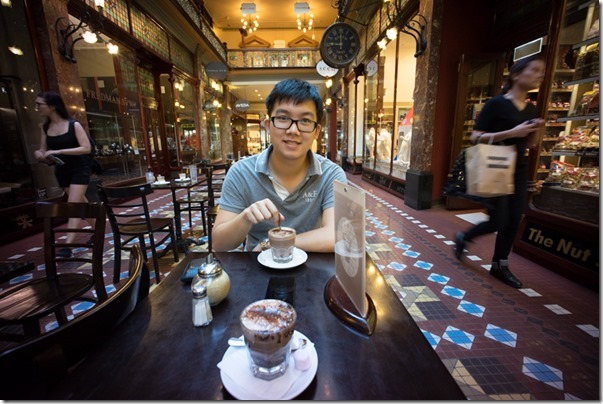 After meeting with Jon Chai,  I went for a walk, had icecream at Messina. 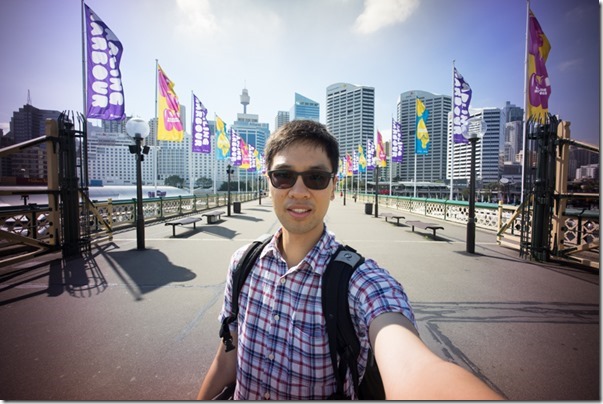 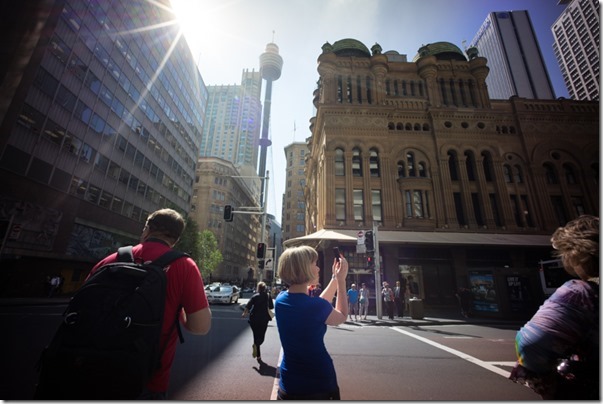 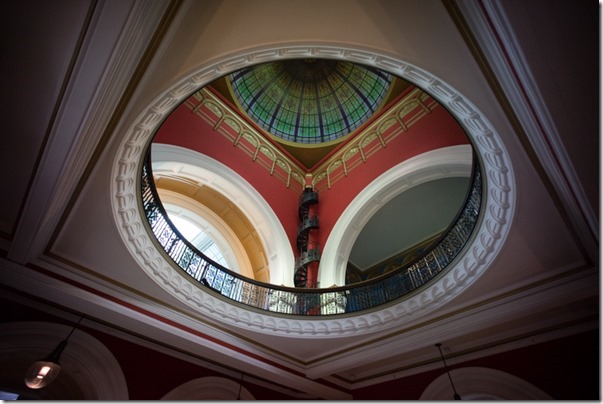 At 11am, I went to catch the train back to the airport.

After getting through immigration and security, I went to Mcdonalds and had a quarter pounder.  It was a lot smaller than my memory of it.  At first I thought it was the wrong burger, but when I looked at the explosion diagram on the box, it seemed right.   Boarded the plane, and tried to sleep.  When I arrived, I slept very well in the bus!