I’m on my way home

Got up this morning at 4, got to my bus at 5 for 5:15am departure.  The driver pulled out his list of passenger, and it was just me.  I asked him “Just me?” and he said yes, and we departed.  So it’s just me, the only passenger in the whole 3.5 hour bus ride! 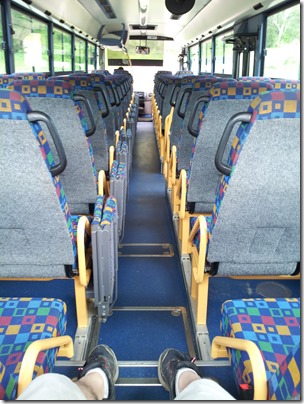 While sitting there, I saw some people who had just arrived, spent some time talking with them, then realised that the counter was open.  Went to the counter and they said that I’m on the waiting list for the Qantas flight, then I showed my itinerary which showed that I was booked on the Aircalin flight as well, so had to go to the Aircalin counter to have that detail added.

I went outside for a bit longer (as it doesn’t matter whether I waited inside, outside, wherever, I still had to wait), then went to the Aircalin counter and had the flight added to my details.

I went to the Qantas counter and gave my Qantas Club card, hoping that I could get onto the Qantas flight (it’s the same flight, just depends whether it was sold as a Aircalin flight, or Qantas).  Unfortunately, it showed up as Aircalin (so I don’t get my frequent flyer points!), but to my surprise, he wrote lounge on my boarding pass!

So here I am now, sitting in the Hibiscus Lounge, drinking canned water and light snacks, waiting for boarding time.  The flight arriving from Sydney is delayed, so just waiting.  I’m glad I can access the lounge, it’s a much more comfortable waiting place!

Photos from the lounge: 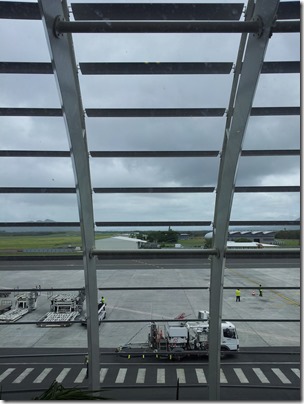 The flight is delayed because it has just arrived.  So instead of boarding at 12:05pm, we are scheduled to board 13:00.  I hope this doesn’t affect my Sydney to Perth flight, which has a boarding time of 17:30!  Especially since the originally landing time is 15:55!