Met up for breakfast at 8am.  There were still decorations out from last night (which I still don’t know what it was for), like this watermelon carving. 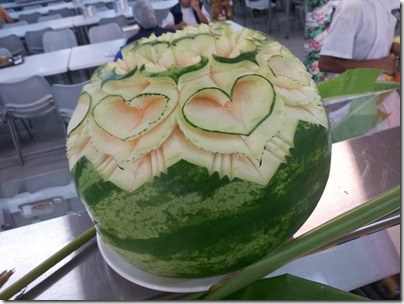 After breakfast, we set off for Grotte de Koumac. 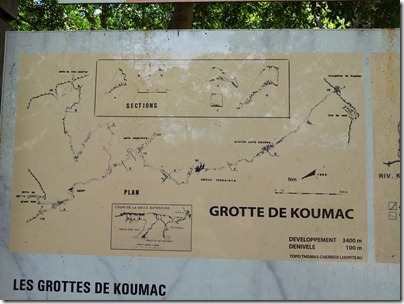 It was a tough hike inside the cave, climbing, crawling, duckwalking, walking through water, etc.  I didn’t bring my camera inside, but used the action-camera, which I’ll upload some videos once I find a good way to.

After coming out of the cave, we had to hike over the massif to get back.  There was some really nice scenery on the way, and very sharp rocks!

After we finally made our way back to the car, we went to the supermarket at Koumac, bought some food and went out to the water to eat.

When we got back to camp, I had a shower, and dinner.  Very very tired, hopefully I have a chance to detail it more soon.

Finished late on Thursday evening, waiting for an electrical lock-out to be completed.  Site is very calm at night.

A collection of confiscated handmade tools.

Dinner… burger and chips!  Reminds me of my last lunch outing at the Perth office, when we went to Mcdonalds!

On Friday, went to the Chinese Canteen for lunch… ribs!

Went to the top level again for a deisolation.  This time, took the lift for the first time.  It’s scarey, but saves so much energy than climbing the stairs!  See the lift?

Went up, did some deisolations, and got to see the sunset.  Unfortunately, my phone battery went flat.  So these are all I could get:

Shadow of the building I’m on

The last photo I could get before my phone ran out of battery. 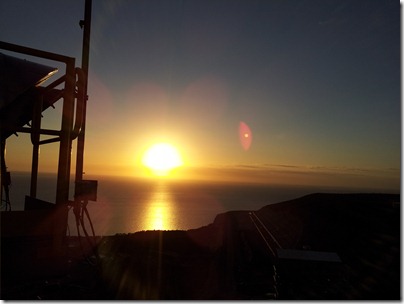 Proceeded to complete the rest of the deisolations in the building.  It’s very dark after the sun goes down.  Fortunately, I had my little torch with me, which gets very hot!

Saturday was a busy day as well – mostly with getting permit to work signed and lock-out-tag-outs.

I had ribs for lunch again, in the Western kitchen.

It was a wet evening, the clouds usually roll over the massif.

Then I went to dinner.

So much has been happening.  I’m always so busy at work, there’s so much to do.  I think I’m coping well with it.  The people here make it an interesting place to work, and sometimes fun.  I learned some French repeating after people, funny things.

Bus driver offered to buy my safety glasses from me

On Tuesday, I got in the bus to go to lunch and the driver offered to buy my tinted safety glasses I was wearing for XPF1000.  I told him that these were my only pair, so couldn’t. 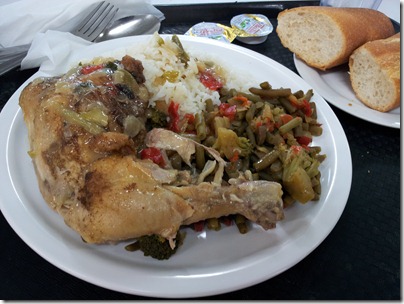 Tuesday was a long day, left work just before 7pm, and straight to dinner.  Ate dinner in 15 minutes then went to French class.  I left French class early because I was tired, came back, and was in bed by 9. 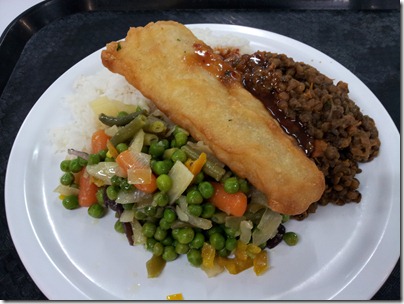 I went to work a bit earlier on Wednesday so that I could start the crews working earlier (so that they don’t have to wait until I arrive).  There were a few issues. 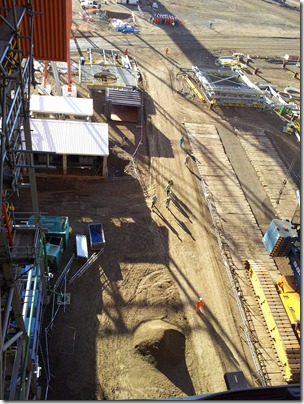 There was an eclipse later on in this morning.  My phone camera couldn’t capture it, and when I put the solar glasses over the top, the autofocus fails.

My shadows started to look funny under the eclipse.

I was involved in a job on Wednesday where I saw some actions I didn’t want to see.  Stopped them from what they were doing, after talking with the supervisor, managed to agree on an alternative method.  It slowed the job down, but I feel better.

The view from elevation 50m, the water is so blue, but we can’t go there!

Got back to my desk and saw a note saying that we were going out for dinner! Hooray!  On my way to the bus stop, to be picked up, I saw them playing volleyball!

Later, we went to Kone for dinner.  To the same restaurant – Escale. 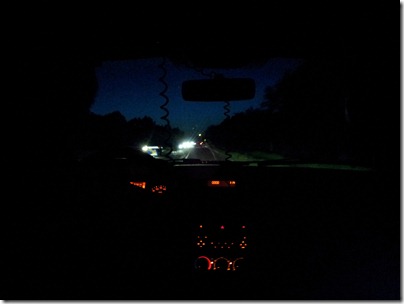 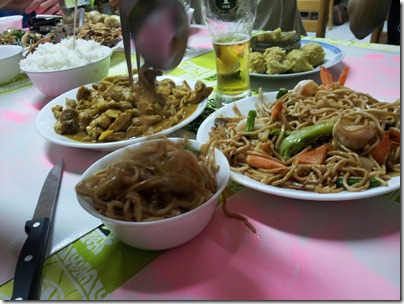 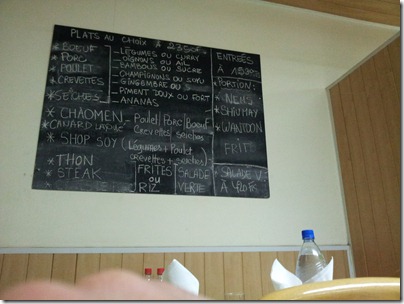 It’s been so busy this week that I haven’t even had time to turn on my laptop for the past few days.  I go to work thinking that I can leave early, but never do.  Though I work more hours, I’m only allowed to book my normal 60 hours a week, not more

I need to go get ready to have breakfast, we’re going caving today, I’ll write about Thursday onwards soon!